Recently, a Denver student’s artwork was removed from a show because it depicted a police officer in a KKK hood pointing a gun at a black child in a hoodie, essentially denying a connection between the police and racist behavior associated with the KKK. Denial doesn’t mean it’s not true, as this recent incident involving the Chicago Police Department shows. 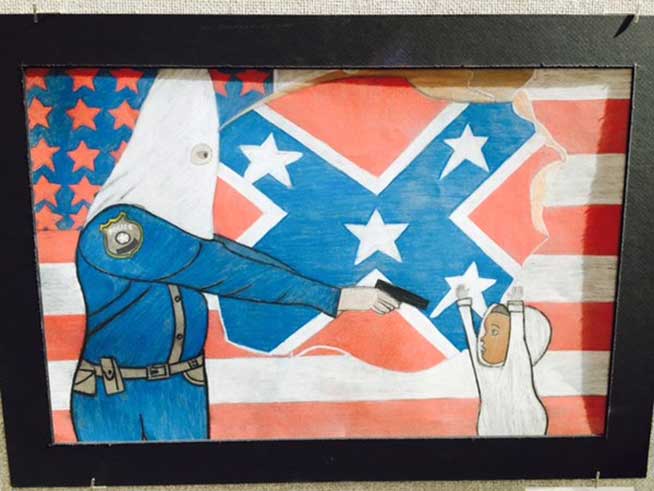 This entry was posted on Tuesday, April 5th, 2016 at 7:26 pm and is filed under Uncategorized. You can follow any responses to this entry through the RSS 2.0 feed. You can leave a response, or trackback from your own site.